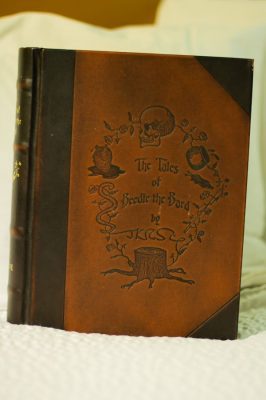 What’s the most exquisite book you’ve read? For me, it’s The Tales of Beedle the Bard by JK Rowling. Alas not the $3.98 million moonstone original, but the very limited edition replica released in 2008. It’s absolutely beautiful, but I’m thinking it’s time for it to say goodbye to it. But first, photos.

Isn’t it gorgeous? I don’t think I’ve actually read this edition (I have a few of the standard editions—yes, a few). This one is too beautiful. From the replica metalwork, to Jo’s original artwork, to the velvet bag, and larger book it resides within. Tucked in the large fake book are prints of more sketches Jo did for the book. 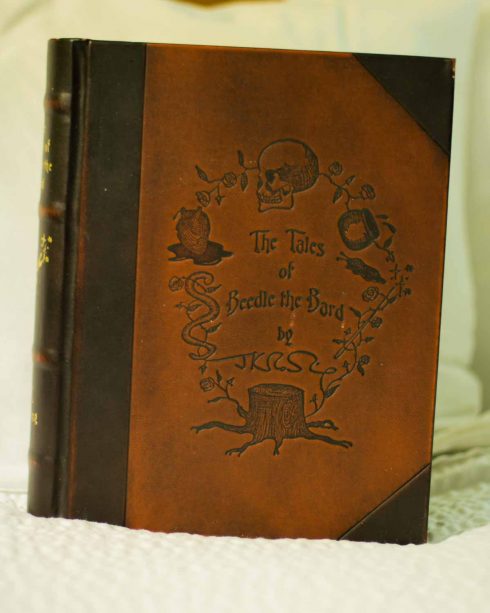 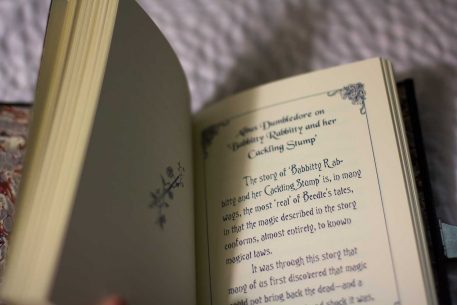 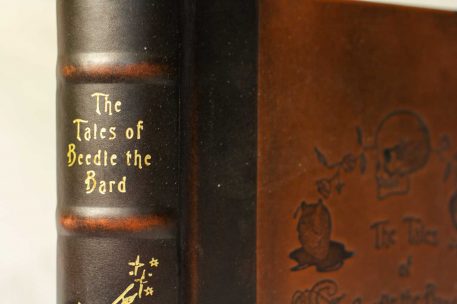 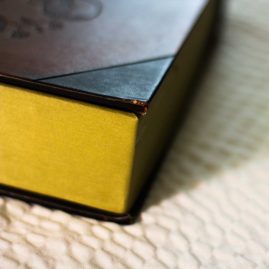 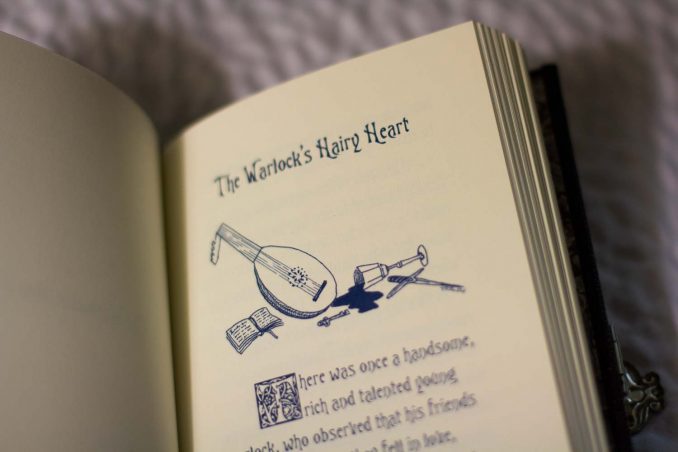 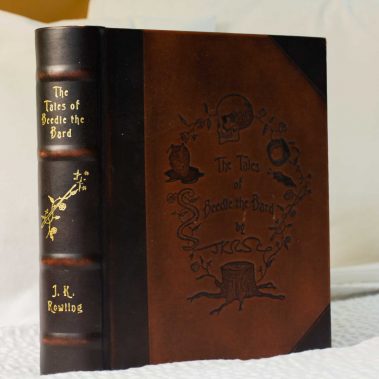 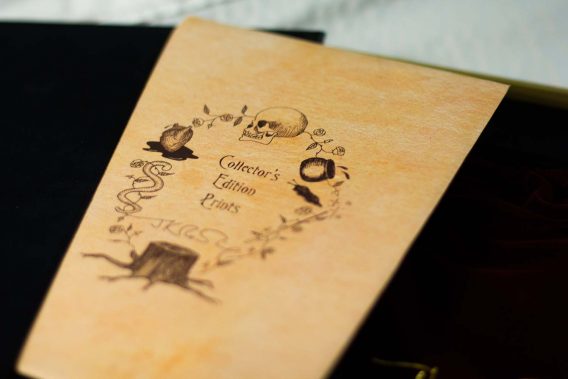 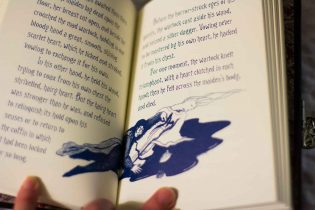 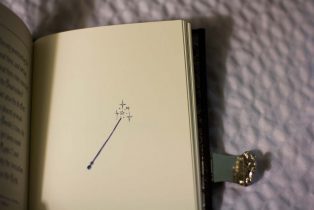 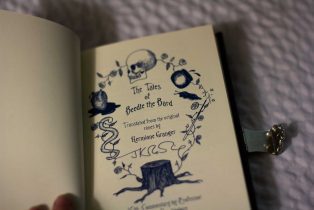 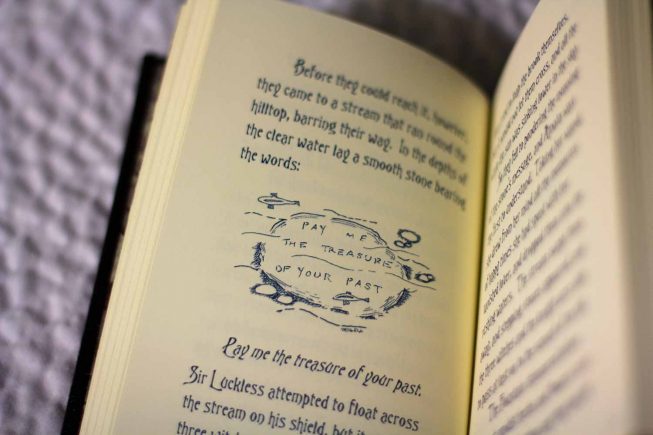 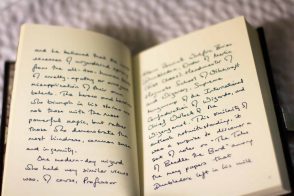 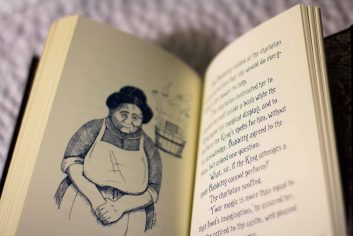 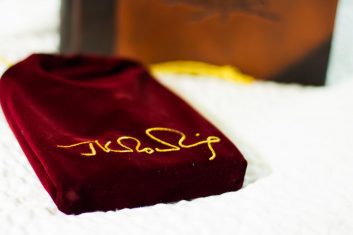 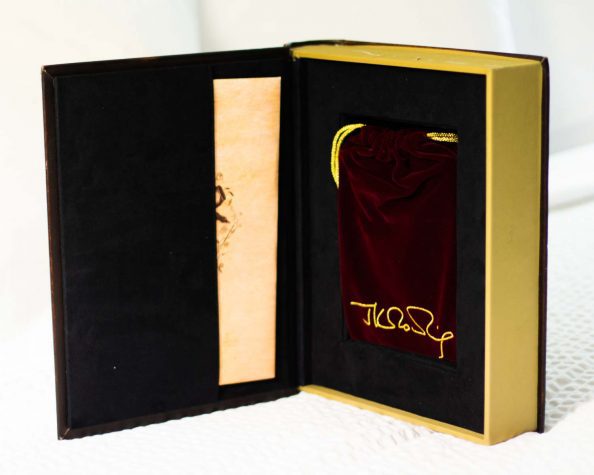 For those who don’t know the history of The Tales of Beedle the Bard, it’s a book of original wizarding fairytales. Like, Muggle ones, they were written to teach morals. The Wizard and the Hopping Pot teaches the consequences of being selfish. The Fountain of Fair Fortune tells of three witches and a Muggle Knight who see their wishes being granted by the fountain (and discover they can do it themselves). Babbitty Rabbitty and her Cackling Stump has parallels to a certain lazy leader who discovers claiming the abilities of others won’t last. The Tale of Three Brothers is narrated in Harry Potter and the Deathly Hallows. My favorite is The Warlock’s Hairy Heart. It’s the tale of a warlock who doesn’t quite understand life.

JK Rowling hand-wrote seven copies of the book and gifted six to people significant in her life while writing the Harry Potter series. She auctioned the seventh, of which mine is a replica, raising funds for a Romanian orphanage.

Back to this copy being re-homed. Do you want it? There is a couple of minor scrapes on the larger fake book stopping it from being in perfect condition. If you’re interested in buying it, contact me. US only because postage would otherwise be stupidly expensive and I’m not carrying it to Australia. Update: this was sold to a book dealer in Seattle in February 2019.