Have you read my review of One More Moon by Ralph Webster yet? OK, chance are you haven’t because it only went live a few minutes before this post. One More Moon is the story of Ralph’s grandparents, their lives running a Pensione in Naples, Italy, and having to flee Mussolini’s reign. It’s all told through his grandmother, Elsa, and she tells her thoughts on what she saw, and who she met. I forgot to mention Elsa, and her husband Paul were Jewish and grew up in Germany.

You don’t need to read the review or book first to get the most from the interview, but One More Moon was released today and is an amazing story, so I recommend you read both the review and the book. Thanks to Ralph for sharing Elsa’s story and for sharing the book and his time with the interview.

In your first book, you told your father’s story, and I read that you had decided to write only one book. Now you’ve written your grandmother’s story. What prompted the change of mind?

That is a really good question because writing – becoming an author and writing a book – was never part of my life’s plan. It was never a career choice. In school, I was the kid sent to wood shop class and never advanced English. My aptitude was always numbers and never words. I was a lobbyist in Washington DC for ten years. After that I started a small accounting software company which I later sold to my employees. Then I retired at a young age.

Writing books became an alternative career/hobby only after trying on a variety of other retirement hats – becoming an emergency medical technician and driving the fire trucks and ambulances, spending hours on the beach searching for treasure with my metal detector, guiding a historical preservation project, raising funds for our local hospice organization, trying to learn how to speak Spanish, understanding how to write apps for Androids, taking calculus courses online. 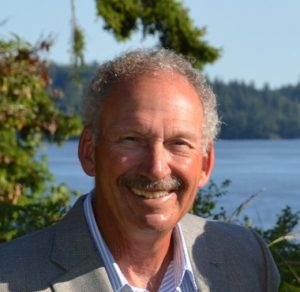 Now as an “older” retired guy, I have settled on writing. Writing makes me believe I am leaving something small and noteworthy for future generations. Apart from spending time with family and friends, traveling, hiking, playing tennis, fishing, mowing the lawn, and growing tomatoes, I can’t think of much else I would rather be doing.

What matters most to me is the message in my books. I wrote a second book because I still had a story that I wanted to tell. I know my books fall into the “memoir/biographical” genre, a genre that might not have wide appeal. Yet, they are not intended to be memorials or tributes to my family members. There is no heroism or courage to be celebrated here. My family lived through a very tragic era. They were ordinary people who lived through extraordinary times. They are far more authentic than characters that I could ever create. They have become the actors in the story I want to tell. They convey the message that I want to share.

I believe that we learn much from they way ordinary people survive in this world. I hope my books helps us hear their voices. Most of us are ordinary. The world we live in is real – not sensational. My family walked through life one step at a time – with grace and dignity – even in the most horrific and extraordinary circumstances. I am inspired by this. They became refugees through no fault of their own. They were surrounded by tragedy yet they found their way with perseverance and hope.

That is the timeless story of refugees whether then or now – people like you and me – ordinary people – just trying to survive. Refugees deserve our respect. They all have stories. Most have tragic circumstances. But, that is not the point. They are simply trying to go forward with their lives – to make their lives better. They are not asking for pity or handouts – all they ask for is a chance. That’s my message. These are the victims. Refugees should never be viewed as the enemy.

I wrote my second book because I believe in that message.

Are your aunts and uncles now lining up for their books? I’d love to read more about your uncle who moved to Shanghai.

You know it can be very complicated to write about family. My advice to those who wish to do it would be to tread gently. There are different perceptions and often raw emotions to sort through. I can only write about the people I believe I know best. As to how many relatives I want to unearth, I remain uncertain.

Now I spend a great deal of time meeting with book clubs and other discussion groups. I want to do more to illuminate the refugee story.

We hear the Holocaust horror stories of the camps, Anne Frank in hiding, etc. What impacted me with One More Moon was how “normal” everything was for your grandparents. I admit it terrified me. We don’t usually hear how dictatorships develop from the people impacted. I’m not sure where I’m going with this. Umm, was that a factor in choosing to tell Elsa’s story? Was the lack of big dramatic moment a reason why you self-published?

I think you are spot on with your observation. Dramatic moments and sensational events might sell books and movies but the truth is most of us do not live that way – and we have a story too. If my readers can view the world through the eyes of my family, as ordinary people living through extraordinary times, I will have accomplished what I set out to do – to help people understand and relate to the plight of refugees.

As for the reason for self-publishing…. I’m not a rock star, a successful athlete, a scandalized politician, or a movie star. I am not trying to build a brand or write a series and I am certainly not creating the next Harry Potter. I had little interest in finding an agent or negotiating with a publishing company. I wanted to get my books published in the most straightforward way. I was anxious for the mystery of the result. Self-publishing was the right answer for me. Ironically that might change in the future as my books have aroused the interests of publishers. Now they can see the appeal.

I have post-its in my copy marking Elsa’s descriptions of how Hitler took control because I see parallels in the United States. Did recent events impact how you told the story? 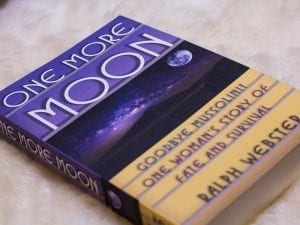 Without sounding too political – absolutely there are parallels and we all have to be vigilant and concerned. Often change is incremental and we can only see it in the rear view mirror. Regardless of one’s politics, I think we are all able to see that the way we relate and treat one another has changed immensely in recent years. Civil discourse has become far less than civil. Inappropriate behavior is constantly redefined – perhaps so often that we have little time to condemn it. Children are being taught that the world consists of those on the inside and those on the outside – and that we have to be wary of the outsiders.

We used to take pride in diversity. Now we see leaders call people names and chastise them for their viewpoint – and that has become acceptable. Being different and voicing an opinion does not make one the enemy. One of America’s strengths has always been that we could voice dissenting opinions, that we could choose when to stand or sit or applaud. In my mind patriotism is defending these values – not suggesting that these are not true Americans. Yes I see parallels and that worries me. It should not be all about one’s own pocketbook or one’s self interests. We have to care about our fellow man. Just because one is the strongest or the richest does not mean one is the smartest – even if they tell us that they are.

The question I think about is how 60 million Germans allowed such a human tragedy as the Holocaust to happen? How did unacceptable behavior become the new normal? Does patriotism and nationalism mean that we all have to be alike, believe alike, and look alike – that other lives are less worthy? I believe that we can become complacent if we think that the past can never repeat itself.

I was sorry to read about Elsa’s death. I imagine that changed your plans for the end of the story. How did you come up with the idea to use Kaethe and Ginger’s words?

I love your question because it tells me that you lived the story as you read it. That is exactly what I hope my readers will do – become part of the family – feel that they are right there watching the world from the inside out.

I suppose I could tell you that I had it all figured out before I started writing but that would not be entirely true. Some things are meant to be left to the reader’s imagination. I think we will end with that! Buy the book – read the story! Please know that I will be grateful!

Thanks again to Ralph Webster for his time. His website has information to organize a bookclub chat and also his first book, A Smile in One Eye: A Tear in the Other.