Today we have Meiling Colorado stopping by the blog to answer a few questions about Aftermath, her recently-released YA/sci-fi novel, and her writing process.

I thank Meiling for answering my questions, even when I tried for spoilers on her next book. Make sure you check out the review of Aftermath. 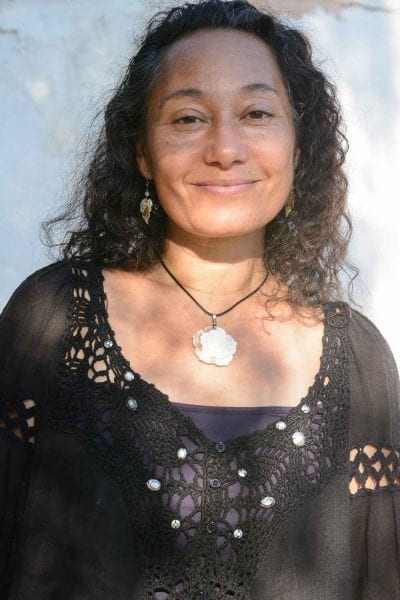 Who is your favorite character? I can’t choose between Ren and Lillith.

I think that’s a difficult question for an author to answer. We have too much inside information to be objective. I resonate with all my main characters at some level, even if they reflect characteristics I don’t particularly like. Both Ren and Lillith are wonderful characters to work with, with great potential for development in the sequel, of course. Personally, I rather enjoy delving into the mysterious world of Leiren’s mind. And Serbell, of course. I can’t help but relate to a kick-ass female character with some emotional depth.

I’m assuming this is the first in a series (I hope it is, I want to know more).  Have you plotted out a larger story or are you letting your characters lead the way?

Thank you! Knowing you liked it really means a lot to me. To be honest, I wasn’t sure anyone but myself would be interested in the story, so Aftermath was written as a tentative stand-alone novel, though it is indeed the first of a series. As such, the story arc was well defined when I started writing, down to the smallest detail. Then my characters proceeded to buck and twist, mangling it out of recognition. In my case it isn’t so much that I allow my characters to lead the way, but rather that I’m hanging on for dear life and doing my best to steer the plot into the original track I had planned out. I still know where the story leads, it’s just that unexpected and, in hindsight, totally necessary detours do occur.

Aftermath has many common modern phrases in an established dystopian world that’s nearly fantasy with the lack of technology, etc. When is Aftermath set?

The book is set about a decade or so after the complete breakdown of society as we know it. As you say, modern technology, fossil fuels, and anything dependent on them is generally a thing of the past. It is a world that, after many years of wars between countries and general social unrest, has come on rather suddenly, or so it would seem to those living in it.

Are there more than two settlements? The attackers!! Do they come back? Was the virus introduced or organic? Oh, no. I’m asking for spoilers. Feel free to comment or just laugh at me.

Wow! You have my head spinning, hahaha! Good questions, all of them, which will be answered in the following books. Human beings try to gather not just for security, but for social reasons, so it makes sense there would be more settlements out there. Another question is what the founding reasons and the dynamic behind each settlement is.

OK, back to writing. Do you have any habits or superstitions while writing?

Tea. I drink a lot of tea. I also write mostly at night. I wrote the first draft by hand, then used the computer to bring it all together and edit. Even though I am now more comfortable with the process, I still write all my initial notes and mind-maps in longhand.

What is your process to keep the characters straight? JK Rowling has a series of notebooks. Do you use something like that?

Oh, yes, I do have a bunch of notebooks. Also, as I mentioned before, I use mind-maps a lot. This helps me link characters with the different aspects of the novel, weaving in relationships, personality and activity.

What’s next for you? A sequel to Aftermath? (Not that I’m directing anything at all…)

A second part to Aftermath is definitely coming. The story is having wide acceptance, so I am currently working my carefully crafted notes into a sequel. Or trying to, at any rate. The characters, of course, seldom hesitate to express their disgust with my preconceived notions, so it’s a wild trip at times.

Photo by Galymzhan Abdugalimov on Unsplash