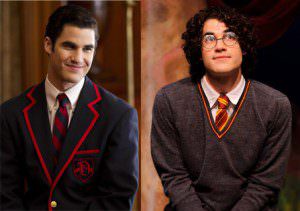 After this week, it’s hard not to know who Darren Criss is. His debut song on Glee is already on top of the iTunes charts, this same song is about to be Glee’s highest selling iTunes track. Billboard is already calling this very talented young man a superstar.
My favorite part of his sudden fame? In a few years when Who magazine and EW include him in their ‘Before They Were Famous’ stories, they’ll be using these photos.