I’ve always been a little (OK, more than a little) envious of book bloggers and their tag posts. When Andrew at The Pewter Wolf shared his Harry Potter tag post (whom he took from Rachel, who took it from others, who possibly took it from Louise), I had to jump on the bandwagon. Well, book tag posts don’t really work for the marketing books over at Tap Dancing Spiders. And this one is Harry Potter… 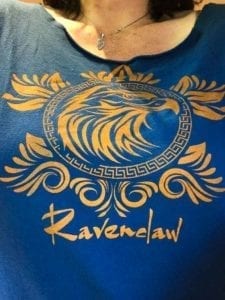 On to the questions…

What Hogwarts House are you in?

I’ve only been sorted into Ravenclaw in proper sortings where I didn’t try cheating. I admit I was scared with the first Pottermore sorting quiz and I tried cheating. It didn’t end well. Even worse I promised to film it. I learnt my lesson and won’t try to manipulate the Sorting Hat again.

Andy covered Ilvermorny so I should. My Ilvermorny house is Pukwudgie.

What is your Patronus?

Pottermore was written by the queen herself, so I have to accept her ruling: stoat. I don’t feel particularly stoatish, but there we are.

What is your Wand?

What would your boggart be?

I just realized the questions mix tenses. It should be “what is your boggart?” and we all know it’s a spider. *shudders*

What position would you play in Quidditch?

Statistical analyst? I’m not sure I could even pretend to like team sports enough to do the promotion.

Would you be a pureblood, half-blood or Muggle-born?

Muggle-born, definitely. I remember searching out my birth certificate and crying when I saw I wasn’t adopted. I’m the one who took books to read while the rest of the family were competing in sports. I was proudly the one who didn’t fit in. If we had a cupboard under the stairs I would have claimed it as a reading nook. Definitely Muggle-born.

What job would you want after to have after graduating Hogwarts?

Gringotts, consumer finance education division. I can help the wizarding world more there than banning magic carpets, even though keeping people safe is important.

Which of the Deathly Hallows would you choose?

My first reaction is none. There’s no dead person I want to resurrect, the idea of being invisible is horrible. The Elder wand would be it. For research purposes, of course. No, seriously for research purposes is the only reason I can think of.

While Harry Potter and the Philosopher’s Stone captured me, it is Goblet of Fire that I keep turning back to re-read. It’s when the trio really understood what they were into (I’m sure I’m going to get dissent on this). It’s when the story pivoted into the darkness of war. While Order is probably more Harry’s coming of age, I see Goblet as it. 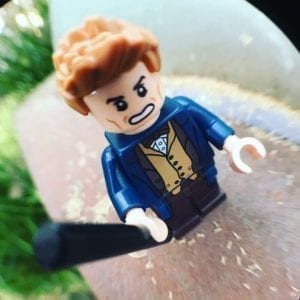 For years I thought I was avoiding a re-read of Harry Potter and the Order of the Phoenix because of Umbridge. She’s nasty and evil and way too relatable (everyone’s had an Uxbridge-Like teacher). However, it was Harry. Teen, emo Harry. All caps Harry. I don’t cope well with angst, and JK Rowling captured it perfectly in this book. I just want to slap the kid.

Fantastic Beasts and Where to Find Them. It’s the only one of the movies I like. There’s great talent in the other movies, but you won’t find their best work in Harry Potter. Save your time and read the books.

“There’s a storm coming, Harry”, the shrunken head in Prisoner, burning down the Burrow while claiming there’s no budget for house elves. The core movies are so terrible that I haven’t seen Deathly Hallows part two and can see no need to watch it. Even though I haven’t seen it, Voldy hugs. Luna Lovegood is my hero. I want to be her. She’s compassionate, open-minded, modest, independent, strong.

Ummm, this is tricky. Probably Umbridge because she chooses to be nasty. After all, our choices are more important than our abilities.

Professor Lupin. I feel he taught because he wanted to make a difference. He looked at each student as an individual. He made learning fun, and he cared. Best teacher: Professor McGonagall. She’s an effective teacher.

I feel I should say Umbridge for being an early distributor of fake news. I’m not sure I have a least favorite though. Just many that I don’t care for.

Do you have any unpopular opinions about the series?

What like Gryffindor’s being a waste of space? I probably should have re-ordered the questions and hidden this in the middle. I just can’t see a use for Gryffindors. Imagine if what they could do if they stopped and researched the problem, or devised a strategy? McGonagall was right: dumb luck. Before you point out that Hermione is a Gryffindor, the sorting hat knew better AND Dumbledore himself said he thought they sort too young.