I knew how this would play out. In the final shoot out I’d live, but in the celebration we’d notice one of our team members dead. It would be bitter-sweet.

We could back-track to the start but I’m not sure where the start is. I just know that there are multiple snipers after me. I can’t go anywhere without being attacked. I have a security team with me at all times. I’m fairly good with a rifle, but these people are amazing. They can hit a moving target from 300 meters. I need them right now even though I know one of them will die. Die to save me.

Currently, we’re in an abandoned building on the third floor. The walls are decayed and while we can’t see the snipers, they can see us. Shots are coming from three sides. Someone really wants me dead. I count the people as we scramble further into the building, away from the broken walls. Five. All here. All alive. It could be here where it ends. I know how it ends, but not when or where. 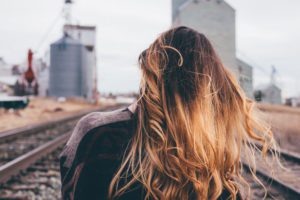 There are two trains at the platform, both going north. The signs are broken and I can’t see where they’re heading. I don’t risk it. My team is gone, but I know we’ll meet again. We’re together in the end, so this can’t be the end.

There’s a single train on the other platform. The platform looks familiar but I’m sure I’ve never been to this station before. I’m not even sure where I am. The platform is a single concrete block. No visible stairs. No building, just a block a little away from the others. The train’s going to Castlemaine. I can hideout there.

We’re cooking dinner. It’s something with finely chopped mushrooms. My mind thinks minced but they’re definitely chopped. Chopped to look like minced meat. Ally took me in without question. We were far enough away to be safe.

The next morning I knew I it was too risky to stay. Plus, I had to end this. Telling Ally was hard. She picked up a wig from an upturned bowl and asked me what I thought. It was short and cute. Perfect for her. I told her I was leaving.

This was all a random and intricate dream I had during the week. Ally is real and does live in Castlemaine. Alas, I woke up before the end, so if you want, please finish the dream in the comments. I’m curious to see what happens next.

3 thoughts on “I knew how this would end. I would live.”