Harry Potter survived his encounter with Voldemort, JK Rowling got a bit more into the swing of writing the series. Does that mean we got more things wrapped up neatly? Nope, there are still a few weird things that are unanswered questions even after all seven books, the supplementary books, and slew of interviews. Scroll down for the questions I have from the other books. Introducing the unanswered questions from Harry Potter and the Chamber of Secrets.

Did Professor McGonagall ever just shake her head in disbelief that Harry was going to save them from Voldemort? 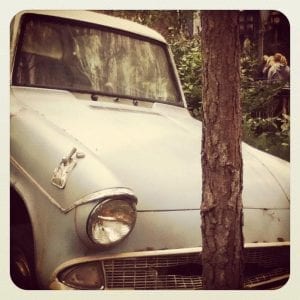 Harry was a true Gryffindor. He only really started thinking things through after Malfoy Manor (book seven, if you haven’t read them all). This question was prompted by Harry and Ron being stuck at Platform 9 3/4 with an owl and a heap of wizards about to walk back through the station, but deciding the only option was to fly an illegal car to Hogwarts.

Not a question, well, it kind of is.

Assuming no magic was used, Profs Flitwick and Sinestra carrying Justin Finch-Fletchley to the hospital wing would have been rather awkward. Is she as short as he or was it all just lopsided? They only need one person to use magic, and they used magic in many other instances. Picture them carrying him on the stairs, and you’ll know what I mean.

What time does Hogwarts serve dinner?

In Chamber, they are in their common rooms from 6 pm onwards. Does that mean a 5 pm dinner? It seems early. No wonder why they sneak to the kitchens.

Photo by Sarah Ehlers on Unsplash