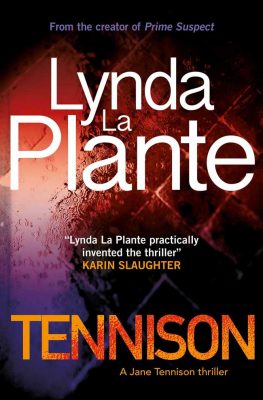 Disclosure: I didn’t finish Tennison by Lynda La Plante, but it’s a great book. I promise.

Tennison came up in the BookishFirst raffle, and I was really excited. I kind of have a thing for British crime shows. I’ve watched all of Prime Suspect and devoured the new Tennison series that just hit Amazon Prime. Now seeing the book—new stories—I was in. I have enough credits to skip the raffle and claim books from BookishFirst and was ready to do it. Then I read the First Look. Darn. It’s a book of the series I just watched. Tennison is being released in the US now but was released last year in the UK.

I saved my credits and entered the raffle. The odds are pretty good for winning it, and I did.

Please know that it was the recency that stopped me reading. I still love Jane Tennison and would love to read book two.

Let’s discuss the book. It’s the start of Jane Tennison’s career. She’s a 22-year-old probationary officer. In 1973 women have just started being admitted to the force and the male officers aren’t happy about their boy’s club being infiltrated. However, Jane is eager to prove herself. She navigates the hazing and taunts and sexual harassment while being pulled on to her first case. A young girl has been murdered, and the investigating detective has noticed Jane’s instinct and her body. There’s a lot of inappropriateness, but we closed our eyes to a lot in 1973, and it’s on display here.

I don’t want to really discuss the case, thus the vagueness. It’s a complex case and worthy of reading (or watching). The end (in the television series) reminds me of James Bond; seeing him harden his heart after suffering. You see how Jane became a tough detective

The writing itself is a little hard to handle if you’re used to pure novels. Lynda created the Prime Suspect and Tennison series, she’s an amazing scriptwriter, and the book reads like a padded script. It lacks the flow and some emotion that would be if the novel was written first (I’m assuming the script was written first). It’s very detailed, explaining police slang and jargon.

I wish I read Tennison before watching the television series. Darn. I’ll have to wait for the second book to be released in the US or organize a sneaky copy to be sent in.

Photo by Andrew Amistad on Unsplash