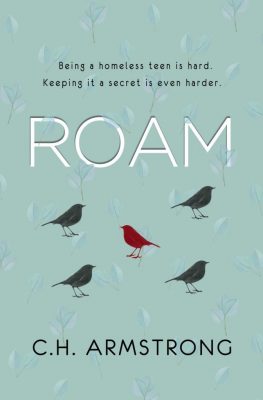 Life was good for Abby in Omaha. Sure her mom was a teacher at her high school, but she was a cheerleader and she had good friends. Her baby sister wasn’t too annoying and her step-father was her Dad and he was pretty good. That’s until her mother had an affair with the high school football coach. She lost her job; Abby was bullied and kicked off the cheerleading squad. Her friends abandoned her. To make things worse, her step-father’s company closed down. With her parents unable to find work, they lost the house. So they moved to Rochester, MN to start over. Living in their van until they can afford someone to live.

From the start, Abby is a success in her new school. She acquires two best friends. Girls are also best friends with the town’s one out gay boy (who is stereotypically Disney-obsessed). The rich, good looking, smart, guitar-playing Quarterback has fallen for her. The Quarterback’s jealous ex-girlfriend bullies Abby. She just needs to hide her living situation until her parents can get them back on their feet and all is great.

Writing that made me realize the stereotypes in the book, but I don’t recall any people of color. Maybe because they were all financially well-off and unless it’s an academically smart Asian person, people of color are generally portrayed as lower-income.

I’m actually fine with there being no people of color in Roam. Sometimes that’s just the neighborhood and there are other books for other neighborhoods. (Please seek out and read those books too!) The stereotypes and utopian aspect of Roam is a little frustrating though. David Levithan did it in Boy Meets Boy because he wanted to write about the world he wanted to live in. I’m not sure C.H. Armstrong was that intentional. Which leads me to my one real criticism of Roam: I’m not sure how much time the author spends with teenagers. I suspect not much. While John Green’s characters are often criticized for their expansive vocabularies, the speech in Roam is often rather formal and a little too “wisdom of an adult”. The adult characters have it a little too, but it’s mainly the teenagers and mainly in the second half.

I definitely enjoyed reading Roam and I’m thankful homelessness is being discussed in this way with no fault or drugs or even mental illness as the cause. The ending is a tad perfect, but I’m happy Abby got it.