I just want to say straight up that despite my reservations and previous comments, working with a life coach was helpful. I should have taken my own advice earlier. Yes, i’ve advised others to find someone they can talk through ideas with, generally more counsellor than life coaching sessions.. My concerns were that just “life” seemed a little trite to me.

To backtrack a little, I’ve been musing over a few questions recently. I suppose Operation: Organization is one manifestation of it. But it is bigger. Seattle no longer feels like home. Australia definitely isn’t home. I also feel I need to switch from freelancing to a job where I can really get my teeth in for a few years. But I don’t know what any of those things look like. 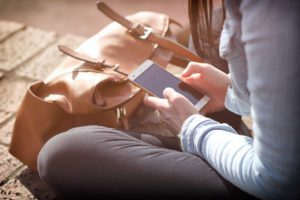 Therefore it was perfect timing when Matteo Trevisan of Fearless Future Coaching offered me a complimentary three-hour Breakthrough coaching session. For the FTC disclaimer, he asked for a review in return, but that was his only request.

My marketing brain is making me want to give background on Matteo and his business here, but meh. There’s a link above. I’m sure you’re more interested in the process and outcomes.

Matteo started out asking my understanding of coaching and what I wanted to get out of the session. I actually didn’t have any expectations; Matteo had approached me. It wasn’t driven by a need of mine. He then described the process. He generally divides the session into hourly blocks but said that it all depends on how the conversation goes. We definitely spent more time on Exploration, and that felt right. He also said that sometimes he will use silence as a tool to get me to think further. He warned it would be uncomfortable.

I’m not going into detail on what we discussed. It went a LOT more personal than Operation: Organization. Matteo pushed me on some things to try and find a fear that was prompting behavior. It wasn’t there but we needed to go through the questioning to see that. He did lots of asking why and linked concepts together. The first two hours flew by and we forgot about breaks until the start of hour three.

It was awkward doing an exercise using space to create a different mindset of me now and me in six months. Where do I want to be? I know what he was getting at, and we were via Skype (he’s in the UK) but it seemed unnecessary. Probably because I can create that idea in my head and I don’t need a physical change to make it happen. I know the standing was also a confidence, power-pose tactic, but in my mind, I was curled up on a couch.

I’d like to say that at the end of the session that I had a clear idea or set of steps that’ll answer all my questions. Alas, life isn’t like that and from the questions I had, it’s harder than that. Matteo did talk me through a set of actions to take that will help. I was impressed that he let me decide on them, and he just prompted me to place frequencies and deadlines. So I’ve promised to journal at least twice a week. I also have to write a future Bianca persona, and brainstorm what my ideal job would be. Oh, shush. It breaks the no new projects rule, but for a good cause. Matteo followed up today with a long list of the main words he pulled from our discussion, a reminder of my action list and a couple of resources.

Is a Coaching Session Worthwhile?

It was definitely worth spending the time chatting with Matteo. Even before I found myself thinking over what I wanted to focus on and that help me link a few ideas. I benefitted from Matteo’s ability to know when to push and when to pivot. He also pulled me back to topics so show they were inter-related. I couldn’t have seen that alone and my friends are too close to do it.

I know that it can be hard finding a coach that you click with, and I feel I did that with Matteo. The conversation flowed and I never felt intimidated or pressured. Even if he hadn’t mentioned using silence, I quickly noticed his techniques and pushed myself to question deeper.

So, yes a coaching session is worthwhile. It’s something I’d like use as an ad-hoc tool, to help me understand the thoughts swirling around my head.