This is exciting, the first question via “Ask Me”. Let’s see what it is…

What books would you recommend to a young girl?

OK, that wasn’t what I was expecting. Remember that whole childless woman thing from a previous post? The lack of children definitely prohibits me from being an expert here. I’m also not a librarian or a bookseller, or a young girl. My knowledge in this area is definitely limited. But, I promised I’d answer all non-spam questions. Darn.

First step, find someone who is either 1. a grown-up of a young girl, 2. a librarian, 3, a bookseller, or 4. a young girl. How do we define young girl anyway? Every female and person who associates as female under the age of 18 is a rather large group. I doubt any two are the same.

Ideally, I’d take the young girl in question to the local library, help them get their own library card, and let them choose books. If they don’t like the books, it doesn’t matter. And they learn responsibility by having to care for and return books.

Finding Books for a Young Girl

The easiest option for step one was to find a librarian. Actually, a bookseller would probably be easier but I have Amazon affiliate links in this post and I’m not going to be so rude as to use a bookseller for recommendation and then refer people to buy from someone else. Plus, libraries.

We’ve discerned I don’t have a young girl and I don’t know any more than the question states, so let’s use Miss Six as our young girl. I haven’t mentioned her here before. She’s my kinda sorta niece. Occasionally she appears on my Instagram feed, but you’re more likely to see her Lego minifig doppelgänger. You know, that whole minors on the internet thing. Here she is: 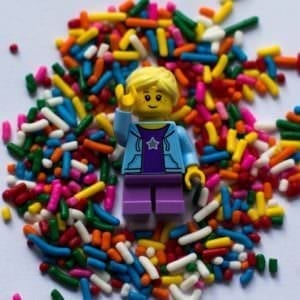 We have our young girl. She loves princesses, rainbows, and unicorns. And science and insects and games. She has plans to be an astronaut and knows she’s going to be in school a really long time for that. She’s told me she’s not tall enough yet. She’s a fairly strong reader, which is a recent discovery of her’s.

Next, I needed an expert: accio librarian.

At the Seattle Public Library, I met a very helpful librarian named Jenny. I explained what I wanted, and described Miss Six. She gave three suggestions.

Jenny said the Rescue Princesses aren’t the traditional princesses. The blurb from the first book confirms it.

Princess Emily sometimes wishes that being a princess meant more than wearing fancy dresses and performing endless curtsies. She longs for a life-changing adventure – and she may just get one!

I love this, it’s definitely better than a princess biding her time until a Prince saves her or gives her a future through marriage. There are currently 12 books in the series, and each around 120 pages. 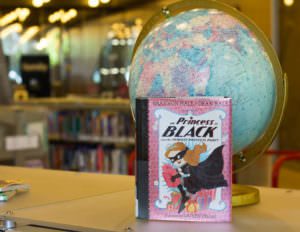 The Princess in Black

The princess theme continued, and this one is a bit mischievous. Well, secretive is probably a better word. The Princess in Black is Princess Magnolia. A prim and proper princess by day, and black-clad crime-busting superhero by night. Jenny made a point of Princess Magnolia’s outfit and the fact she sneaks out. This is another series, so there are many inspiring adventures to read.

Oscar and the Cricket 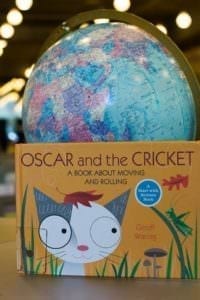 In her final suggestion, Jenny moved away from princesses for Miss Six’s geekiness. We hit the science section for a book on physics. Oscar and the Cricket is the first in a Start with Science series. It’s a picture story book, versus the others being early chapter books. I wish I sat there any read it because it may be perfect as a picture story. Using stories to teach science is a great idea, but may get a little verbose. some ideas are hard to simplify.

Thank you to Jenny from Seattle Public Library for your help with these books.

For those concerned about me using Amazon links, I don’t care if you buy with those links. If you do, thank you for the few cents I receive. Buy from an independent bookstore, or be even more conscious and borrow from the library. Maybe it’s because I’m moving house again soon, but the idea of a big pile of books feels more clutter than useful.

Do you have a question to ask me? Silly, serious, general, personal. Bring it on. Anonymous, if you want too.